As we reported last night–

There are rumblings that former members of his FBI (e.g. FBI General Counsel James Baker) have flipped and are working with Durham.

Obama’s Deep State henchmen who set up General Flynn and the crooked politicians and media hacks who supported them are terrified.

More information on Obamagate is expected to drop in the coming days.

An audio of former President Barack Obama, whose Administration spied on the Trump team and Administration, was released by deep state reporter Michael Isikoff at Yahoo News on Friday night.

In the “call” which appears totally set up, Obama says he is concerned about “the rule of law.”
Obama also accused Flynn of committing “perjury”!

On Tuesday the Clinton-appointed judge made a dirty, political move to delay justice for General Mike Flynn.

The Justice Department dropped its case against General Mike Flynn last Thursday after bombshell documents released proved he was framed by Comey’s FBI.

But Judge Sullivan extended the case by soliciting amicus briefs to allow for public comment on Flynn’s criminal case.

Judge Sullivan today appointed retired Clinton appointee judge John Gleeson to argue against the government’s motion to dismiss the charge against Flynn!
This is unheard of!

On May 11, 2020, John Gleeson penned this Washington post article “The Flynn case isn’t over until the judge says it’s over“.

First the attorneys for the Mueller team withheld Brady evidence from General Flynn for over a year and now this crooked judge won’t acquit!

Also Sullivan asked the retired judge to look at whether Flynn could be held in criminal contempt for perjury.
**** This is exactly what Obama said — even though Flynn DID NOT commit perjury!

THE DEEP STATE IS FIGHTING BACK! 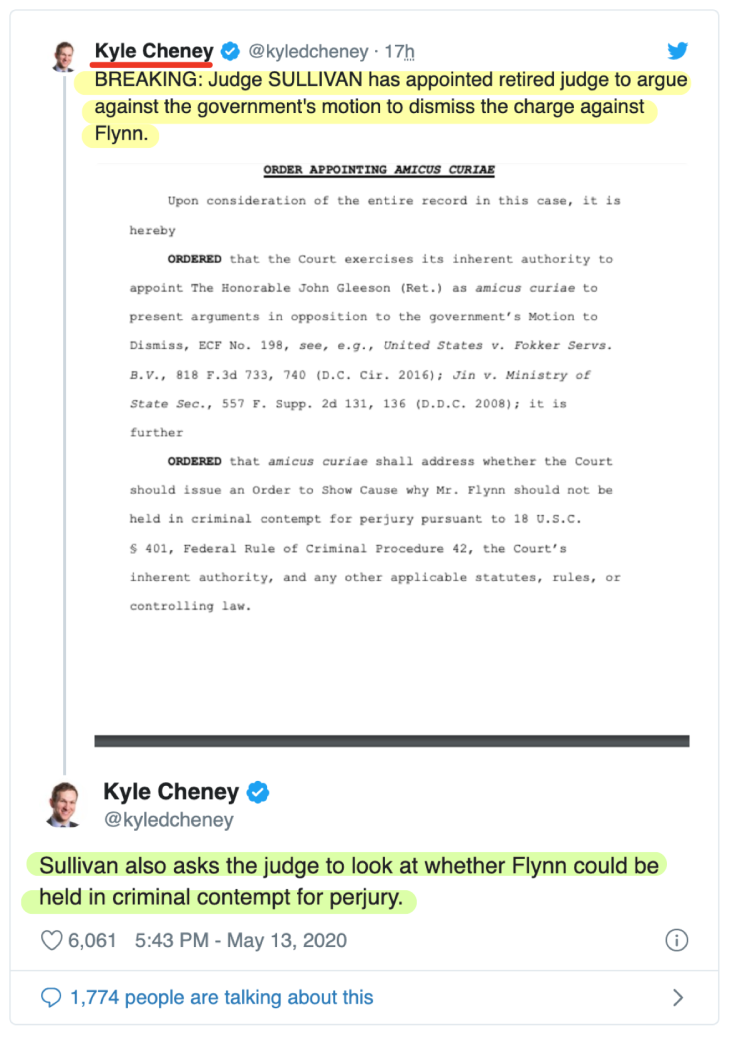 Here is Judge Sullivan with James Boasberg & Rosemary Collyer who both signed the FISA warrant. Judge Contreras Flynn’s first Judge had to be removed from the case because of his personal relationship with Strzok. And the corrupt Amy Berman Jackson.